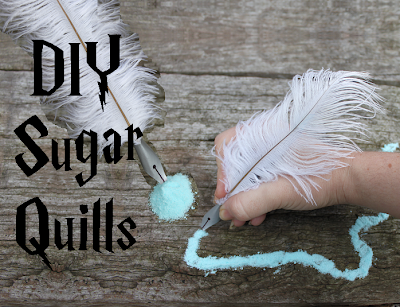 
So because i'm the most mature 26 year old and mother of 2 i know, i thought i'd throw myself a Harry Potter Party. I forget that i'm younger than a lot of my mummy friends until they ask me how i'm celebrating my birthday and i reply "I'm having a Harry Potter party!" and their reaction isn't one of incredible excitement which would of course would be my reaction had the positions been reversed. But that's perfectly fine by me, it's hard to describe the magic, wonder and addiction Harry Potter can bring to an individual. If you haven't read the books, you just wouldn't understand and most of my mummy friends are older than me so aren't a part of the "Harry Potter generation" like myself.

Anyway, the first thing i did when i decided to throw a party was to brainstorm and mentally create all the foods and props in my head before touching the internet, i wanted to know what my imagination could create before copying many idea off Pinterest (which i also definitely did). The first magical idea that came to mind was 'Sugar Quills'. In 'Harry Potter and the prisoner of Azkaban' after Rons first trip to Honeydukes in Hogsmeade he describes sugar quills to Harry with a dreamy look on his face "which you can suck in class and just look like you’re thinking what to write next " so as my imagination was running rampant i imagined someone sucking on the tip of a quill and so the development is as follows.

The photos are a little dodgy but i was rushed for time so i apologise.

Step 1 (probably should insert step 5 here too)
Cut the silver cardboard approximately 1 inch wide and approximately the length of the straw and then cut the tip into one end like shown. 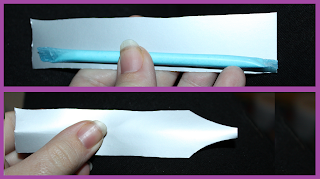 Step 2
Fold in half but keep from folding the tip, my cardboard was THICK so this worked fine for me then sticky tape the back together so it can hold the straw and not unfold. I later found wrapping tape around the whole quill barrel better because the small strips (like in the photo) popped open when there was too much tension with the straw inside. 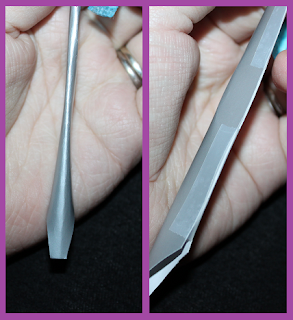 Step 4
Insert the tip of the feather into the hole and secure in place with a dollop of hot glue on the underside, you may need to hold the tip into the glue while it sets. Also put a small dollop of glue on the top of your silver cardboard, right on the ridge of where you folded it on the opposite end to the tip and gently place the feather against it, you don't want to use too much glue otherwise it will soak through the feather and be visible when looking front on, also watch your fingers as the glue is VERY hot and the feather doesn't offer much thickness to protect your finger when pressing the feather against it. Insert the sherbet stick into the quill barrel.

Step 5
To finish up i drew a line and a dot onto the tip of the quill with a permanent marker to give it a more authentic look. This step probably should of been done after step 1 so i was drawing on flat cardboard and not curved cardboard. Also don't forget once you consume the sugar you can slide the straw straight out and put another one straight in.

Finished!
Now just use a quick Tergeo spell to clean up and you're all good. 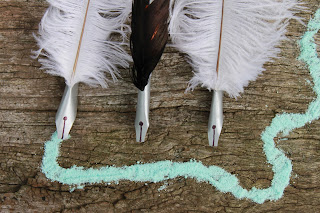 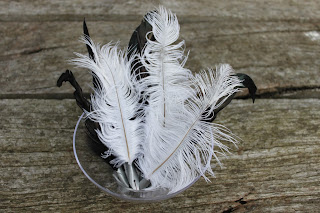 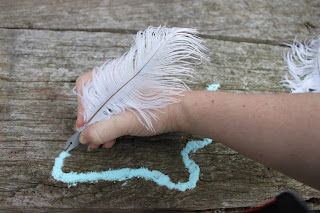 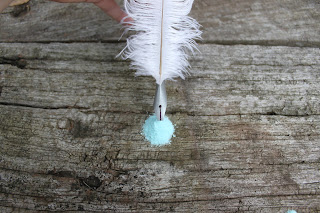